Einstein is without a doubt the most popular scientist of all time. His name would probably be the first one that come into most people’s mind when asked about a scientist’s name. The great impact of Einstein’s Theory of General Relativity on the understanding of the universe and his advocacy to raise awareness of the social issues of his time made him a cultural icon. No wonder why the prestigious Time magazine named him the most important person of the 20th century. The success of the General Relativity made him appear on the headlines of newspapers around the world and with that it began the countless journeys to give conferences and lectures worldwide to explain his theory. But his audience was not only comprised by scientists, everyone wanted a piece of Einstein’s time, from head of states to celebrities, Einstein’s life became what he called the circus of relativity. Einstein’s galvanizing effect on the popular imagination continued throughout his life, and after it, influencing modern culture from painting to cinema.

Einstein as an icon figure

The most iconic picture of Einstein is the one with his tongue out. With the passing of time the image established a public image of Einstein as the ‘mad scientist’ rather than the genius he was. You probably have seen it on many places from mugs and posters to t-shirts and mouse mats. The picture was taken by photographer Arthur Sasse on 14 March 1951 when Einstein left his 72nd birthday celebration. As Einstein entered the car, the photographers were trying to persuade him to smile but Einstein was tired of smiling for photographers the whole day so he stuck out his tongue instead. And only one photographer was lucky enough to get the shot. When published it became one of the most popular pictures ever taken of Einstein. He loved the picture and requested nine copies for his personal use. The original picture also included more people but Einstein cropped it and he liked it to send it to friends as a greeting card. One of the nine original pictures surfaced in 2009 and was auctioned for $74,324 in the U.S.

The most interesting example of Einstein’s work influence on painting is The Persistence of Memory by Salvador Dalí. Dalí was fascinated by the theory of relativity because it offered the idea that reality could not be reduced to a single flow. The 1931 painting depicting a soft melting pocket watch evokes clearly about the space-time distortion that comes from General Relativity (1). 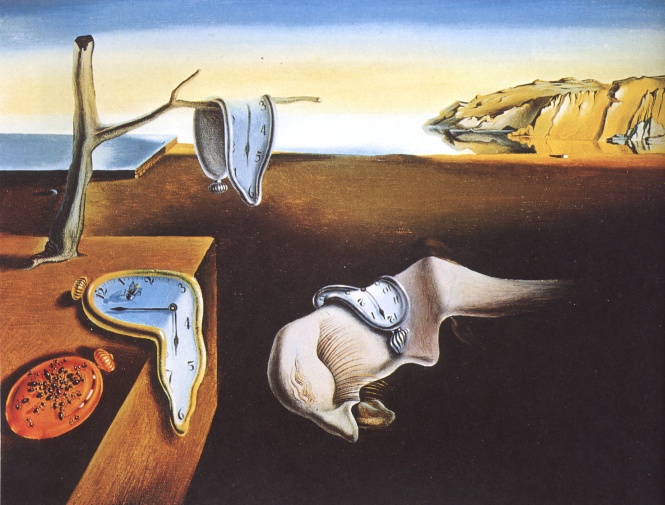 The Persistence of Memory by Salvador Dalí.

Einstein has appeared on several movies over the years. Most notably, the BBC/HBO production Einstein and Eddington featuring actors David Tennant (Dr. Who) as Eddington and Andy Serkis (The Lord of the Rings) as Einstein, and detailing Einstein’s development of his theories and Eddington’s attempts to prove them. The movie was well received by the public with 74% score on the Rotten Tomatoes website.

Einstein was also the subject of the intentionally inaccurate biography of Einstein as an Australian that among other things invented rock & roll in the film Young Einstein. I have to shamefully admit that this was one of the first movies I watched on cinema when I was quite young in the late 1980s. Well, we all have a past but seriously don’t watch it. With the recent success of Hawking’s and Turing’s biopics, let’s hope that Hollywood would make the definitive movie about Einstein very soon.

By the way, Einstein also inspired the design of the Star Wars character Yoda. The late British designer Stuart Freeborn modeled the wisest Jedi in the far far away galaxy after Albert Einstein and his own likeness.

Einstein and his scientific work has been mentioned on different songs over the years. James Taylor sang that “Einstein said he could never understand it all” on his classic “Secret O’Life”.
And Bob Dylan paraded Einstein disguised as Robin Hood on his song Desolation Row.

More commercial artists also used Einstein references: Mariah Carey’s eleventh studio album was entitled E=mc2 and Kelly Clarkson has a song with the name Einstein, containing one of the worst lyrics I ever heard: “Dumb plus dumb equals you”, which from now on will be my worse memory related to Einstein, thanks Kelly Clarkson!

It is interesting that a picture of Einstein on the beach served for inspiration, at least the title, for an opera from the composer Philip Glass and a song from the U.S. band Counting Crows.

Einstein’s work sparked many works of literature, especially in the science fiction category. The twin paradox and time distortion has been dramatized in Robert A. Heinlein Time for the Stars (1956). Other histories that play with relativistic time-dilation effects include Vladislav Krapivin’s “Meeting my Brother” (1966) or Mary Doria Russell’s The Sparrow (1996). Black holes are the most interesting predictions from General Relativity for science fiction authors. “The Hole Man” a short story by American writer Larry Niven is a good example. (2)

These are just a few examples of how Albert Einstein has been incorporated into many diferent aspects of modern culture like any other scientist has ever been. As his theories will be around forever to help us understand nature, Einstein’s image is now part of modern culture imaginary. On Einstein’s words: “Worshipped today, scorned or even crucified tomorrow, that is the fate of people whom—God knows why—the bored public has taken possession of.” (3) 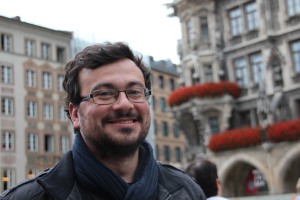 Jorge Rivero González (@jorgegrivero) was born in Las Palmas de Gran Canaria, Spain. He is a science communicator working at the European Physical Society (EPS) as the EPS IYL 2015 Outreach Officer. He is also IYL 2015 Press Officer and editor of the IYL 2015 blog. Before that he spent four years living in Munich while he was doing his PhD in Astrophysics at the University Observatory Munich. Since 2009 he is a member of the science outreach programme GalileoMobile.